Getting married is fun, and all but staying married is where the work is. During wedding anniversaries, couples are reminded of the vows and commitments they made to each other. Wedding anniversaries are the perfect opportunities for people, not only the couples, to celebrate the love shared between the two and to relive their beautiful wedding day.

Most cultures believe that wedding anniversaries are momentous occasions that need to be celebrated, and a lot of effort goes into sourcing the perfect gift for the couple. We know how difficult it may be trying to find the ideal gift for a  couple.

The years go up to 60 years anniversaries but for now, let us look at the first five anniversary gifts for gift ideas.

During the first anniversary, the paper represents the traditional gift and symbolizes the connectivity and strength of the relationship. It is also a reference to new beginnings. When it comes down to modern gifts couples can be gifted clocks to represent eternal love and the couple's undying love. The contemporary theme color representing this standard first anniversary is gold. It is also known as the golden anniversary. The customary flowers suitable for this first year are orange blossoms or pansies.

Traditionally, on the second anniversary, couples are gifted with cotton. Cotton simply represents two people who have now become interwoven with one another. China, on the other hand, is the modern counterpart. Its beauty is timeless as well as enduring, just like your marriage union. But, it is fragile and may contain weaknesses.

So, if you would like a couple to remember their special day, personalized China wares will be a good idea.  The color representing this anniversary year is red. The customary flowers here are the lilies.

Leather is the traditional third-anniversary gift of choice since the marriage at this point has undergone so many things, and it has stood firm and more robust. The modern anniversary gift choice is glass or crystal. The crystal or glass in modern anniversary shows the fragile nature the marriage is and requires much care. The color here is oyster white, which is as pure as your love. The vibrant Fuchsia blossoms, as well as the elegant pearls, will do as they have that warm lustre.

Four years down the line and the marriage is blossoming into maturity, just like the fruits and flowers in the garden. That is why the gift in this fourth-year marriage is fruits and flowers. A modern approach to this fourth wedding anniversary gift is followed by electrical appliances, which are meant to simplify life back at home and give you time to spend time with each other.

This far that you as a couple have taken is celebrated with designated colors of emerald green and blue, which aims at mimicking the year's gemstone. The blue topaz has been considered the feeling stone, and it is also associated with deeper emotions, compassion, and communication. This is what is required to have a successful marriage. The best flowers for this year's anniversary gift are the frilly geraniums for that vibrant pop of excitement.

It is quite a milestone making it half a milestone. Traditionally, for such a milestone, the married couple can gift each other or be gifted wood. The wood reflects the durability and the strength of the marriage. It also represents the solid eternal love the two have put down in their marriage since the wedding. Sapphire is the traditional fifth-anniversary gemstone that is used to describe faithfulness as well as sincerity in the marriage union. This is an incredible representation of the virtues of marriage.

On the other hand, silverware is used to represent a modern wedding anniversary gift. Gifting silverware to a couple may seem pretty outdated, but there is a well-known symbol behind it. The modern theme color here is blue and pink. The daisies are the five-year flower.

Apart from the above wedding anniversary gift ideas you can choose from, there are other gift ideas that you can purchase to spice up your gifting and make it more memorable for the couple. 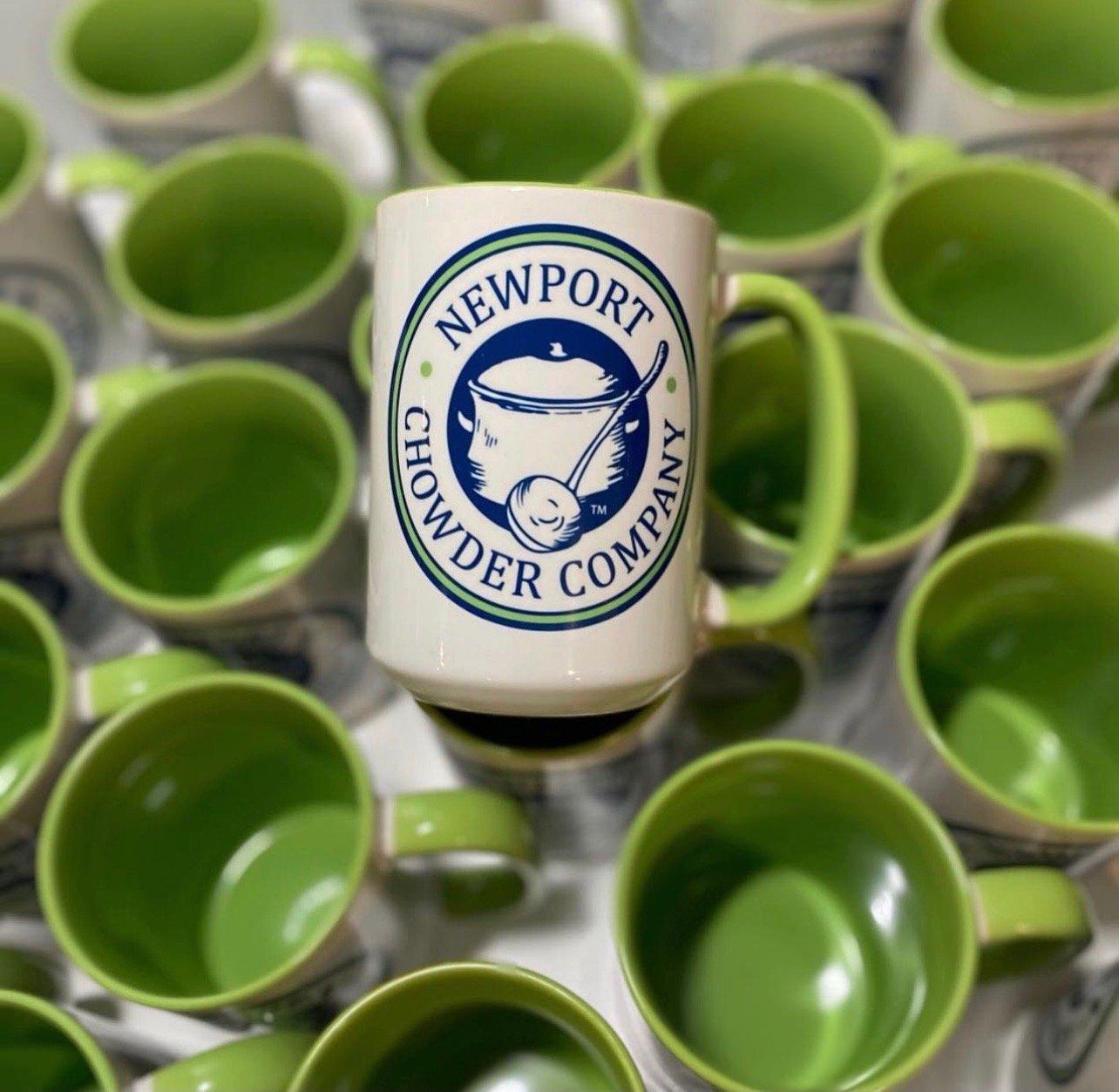 A customized mug from Newport Chowder Company is a great idea to gift a couple during their wedding anniversary. The love mug gift set is a perfect choice for lovebirds. The customized love mug set comes with a packet of award-winning spices, a chef's wooden spoon, a cooking thermometer, and a tea towel. So, every time they take their morning or evening coffee, you will come into their minds and remind them of their wedding anniversary.

The 5-pack special contains Muriel's award-winning seafood chowder spices that can serve up to 10-12 people per packet. This is a fantastic anniversary gift idea because the spice packets are delicious in more than just chowder.

The coming back of Muriel's " Behind Newport Doors" makes it also a good alternative for gifting a couple on their wedding anniversary. The cookbook is worthy as a gift as it is filled with a wide variety of recipes that a couple can choose from whenever they are making home dishes.

To Sum It Up

With Newport Chowder Company, everything revolves around family, and that is why we strive best to make sure we leave a memorable experience for every home and family. Let us help you make the lives of others memorable as they celebrate such an incredible occasion as a wedding anniversary. Here at Newport Chowder Company, we have unique and best anniversary gifts ever for that special day.

We have free shipping for our 5-pack special of spice packets. Be sure to make your order today in advance, and let us make those memories!