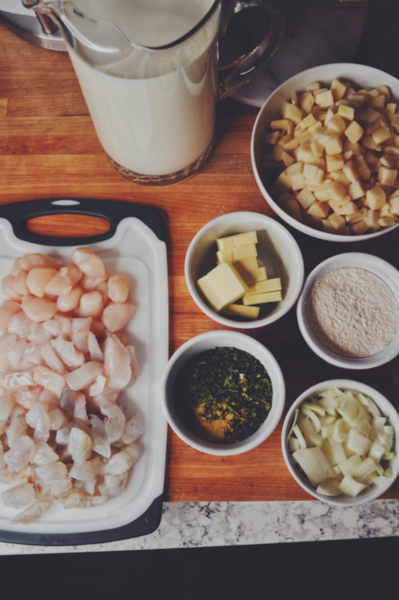 Who doesn't love a bowl of chowder on cold winter days? A bowl of chowder is a comfort food perfect for warming you up on a chilly day, but either way, it's an excellent dish to be enjoyed any day, anytime you wish. It's probably even your family's favorite dish.

If you haven't had an ultra-comforting soup before, then some chowder is the most delicious way to elevate your fresh seafood, chicken, or seasonal vegetables.

What Is A Chowder?

Chowder is a type of hearty soup or stew often cooked using milk or cream and thickened with broken crackers, crushed ship biscuits, or a roux. The difference between chowder can be seafood or vegetables. Potatoes are the key ingredient used in chowder. It's used in chowder to serve as a thickener.

But how do you make a hearty chowder for your family? There are different types of incredibly unique chowder recipes that you could try. There are several different chowders; if you like chowder with clams, corn, or shrimp, you might try out this fantastic recipe. They are straightforward and exciting to make.

Clam chowder is the most popular type of chowder. Usually, it is prepared using canned clams or fresh clams, potatoes, onions, clam broth, celery, and salt pork or bacon bits. For an outstanding flavor of this soup, add the "Secret Spice pack." It's a spice pack by the Newport Chowder Company. With it, every moment becomes finger-licking good.

New England clam chowder is also referred to as the Boston clam chowder. It's a creamy chowder that contains milk or cream. It has a vibrant taste that is satisfying and hearty as well. For the incredible flavor, the "Secret spice pack," a bold combo of cream, bacon, and clams, is what is used. You got to try this chowder in any. It's definitely worth the try.

The difference between Manhattan clam chowder to the England style clam chowder is that it's rich in tomatoes. It is much lighter and brothier. While it's almost similar to the New England clam chowder, the common ingredients used are veggies like green bell peppers, flavorings, and flavorings such as garlic and fresh thyme tossed into soup. To make it even tastier, add the "secret spice pack." It does the magic to your chowder.

Cozy up to a bowl of chowder this sweet summer. It's effortless to make using fresh corn or instead opt for frozen corn or canned corn. The corn is quite similar to the clam chowder when it comes to the ingredients used. It uses clam chowder cream, salt, pork or bacon, onions, celery, and potatoes. Corn is the main ingredient used instead of the clams but for a mouth fulfilling taste, add some "secret spice pack" by the Newport Chowder Company.

For recipes that use fresh corn chowder, simmering the husked cobs in water could be very beneficial. It creates corn stock which makes a massive difference in the taste of the corn chowder.

There are some top recipes that you could quickly try. They offer a mix of traditional and creative riffs. They include

Potato chowder is one of the most delicious ways to enjoy your chowder. Apart from being very pocket-friendly, it's also straightforward to cook. For vegetarians, this could be a great option. The method used to make potato chowder is very much similar to other types of cream-based chowder. But for it to even have a fulfilling taste, please add some "secret spice pack" by the Newport Chowder Company. It will for sure change your chowder experience. Chowder won't taste the same again.

If interested in this chowder, you could try the leek and potato chowder as well.

Seafood chowder is the most popular way to showcase fresh seafood regardless of whether it's a fish, shrimp, lobster, or a mix. For the most flavorful and tasty chowders, consider using the freshest, high-quality seafood available without forgetting to add some "secret spice pack." Seafood chowder can relatively vary from creamy to tomato-based chowder.

The different types of seafood chowder include:

It's possible to make fish chowder using any type of fish available. However, consider using one with firmer meat so you could have an easier time cooking without having to worry about your fish falling apart. You could go with fresh cod, smoked haddock, or a catfish, but a richer fish like smoked salmon could be a great option to go with. For an extra flavor, add one packet of Newport Chowder Company's "secret spices."

It's with no doubt that shrimp and cream make the most magical match when it comes to chowder. There are different ways you can use it to prepare shrimp. You could either cook the shrimp in the chowder whole or cut them into small slices. Cutting them into small slices makes them easier to eat. But take note that shrimp cook very quickly, so it's advisable to wait until the last minute to add them to your chowder so that you can serve. But for a mouth-watering delicacy, ensure to add "the secret spice pack." I bet it will be a game-changer for you.

How To Make A Thick Creamy Chowder 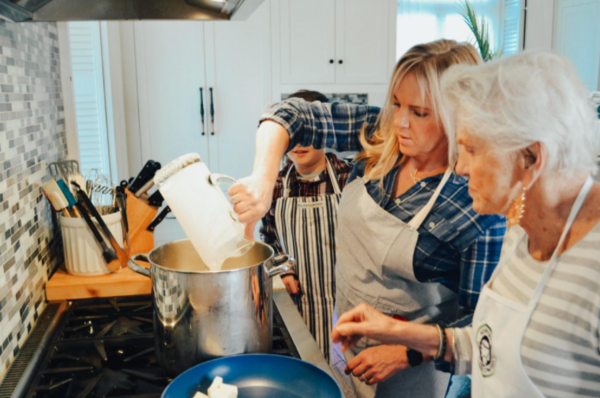 You could be wondering how to obtain the thick, creamy texture for your chowder. There are specific techniques you could borrow, such as using potatoes, chowder-roux, or even cornstarch. Below is a guideline that could assist you.

Apart from potatoes being a key ingredient. It also serves as a thickener. To obtain the best results, use starchy russet potatoes. As the potatoes cook, they release their starches into the chowder hence making the chowder creamier.

Cornstarch is used for thickening purposes. To obtain a thick soup, add water to the cornstarch to make a slurry. From there, add the mixture to the chowder to make it thick. Cornstarch is flavorless. Therefore you won't have to worry about it spoiling your broth.

Several chowder recipes may require you to make a roux. It is obtained by using equal parts of flour and fat like butter or oil. To make one, cook it enough to lose its raw smell.

What To Serve With Chowder

Trying a chowder recipe is one thing but choosing what to serve it with is another. To establish what to serve with, the key is to give more attention to the soup. This will help you stick to sides that enhance the flavor.

You can opt to serve your chowder using crusty French bread or crusty bread for that complete meal feeling, or you could even take it to a further step by serving it in a bread bowl. Other than bread, feel free to use a simple green salad that pairs very well with chowder. You could even dress your greens using sour vinaigrette to balance out the richness of the chowder.

Making chowder is very easy. You could try making one for your whole family. Without a doubt, it's definitely worth the try.

To take your chowder experience to the next level, make sure you grab a spice packet from the Newport Chowder Company. It is everything you could wish for. With this "secret spice pack," every meal is turned to finger-licking good. It has an actual serving of 10-12 people, so it could easily sustain you. Additionally, the packets are very shelf-sustainable, so you don't have to stress yourself on storage methods.